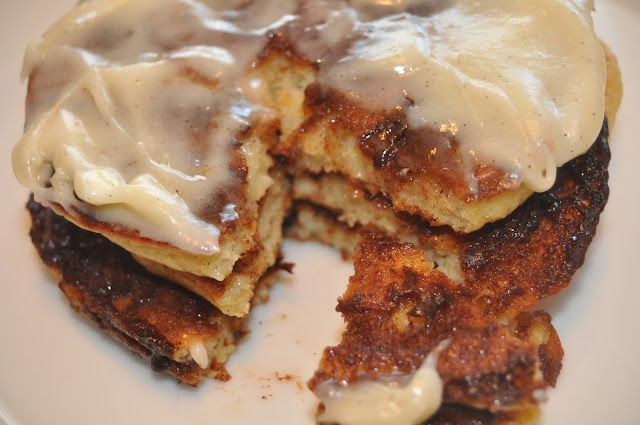 Sometimes I have an intense craving for cinnamon rolls, but no time or desire to go through the effort of making yeast dough. I want the cinnamon rolls flavor with no effort. Or, I really want cinnamon rolls and I also want pancakes, but eating so many carbs for breakfast is unseemly and too much work. In come cinnamon roll pancakes!
I have seen these all over facebook and Instagram, and knew I had to try them out and give them my own spin. I love an old-fashioned sour cream pancake (the tang, the creaminess, the surprisingly light texture). They are fluffy and soft, but add the cinnamon swirl that gets ever so slightly caramelized in the pan, then top it with cream cheese glaze- well then. It is extraordinary! The result is the dream wunderkind of the best cinnamon roll and the fluffiest sour cream pancake. Once bite and you’ll be hooked, which is dangerous since these are so easy to whip up when you have a hankering for them. 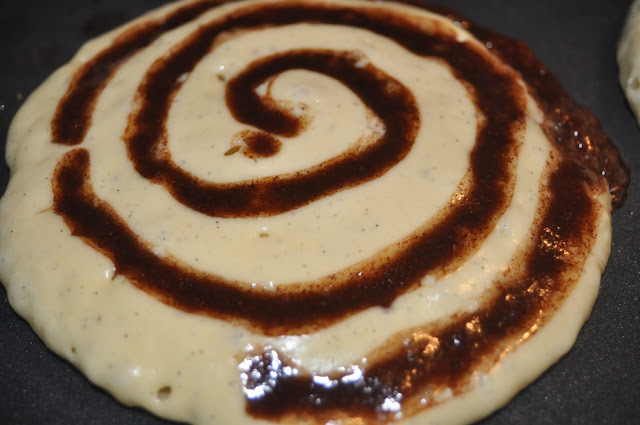 Method:
Whisk together the flour, salt and baking soda and set aside.
In another bowl, whisk together the eggs, sour cream, sugar, butter and vanilla bean paste.
Mix the dry and wet ingredients together until just barely combined. Set aside. 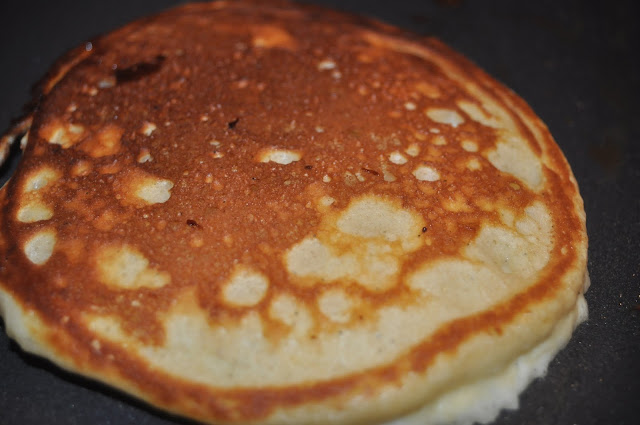 Method:
Stir together all of the ingredients until smooth. Put into a pastry bag or ziplock bag.
In a cast iron or non stick pan over medium heat, add some butter (or use a nonstick electric griddle set to medium high heat). Pour ¼ cup of batter for each pancake; cook until you see little bubbles in the pancake and the edges  are starting to look cooked. Cut the tip off of the pastry bag, and draw a swirl of cinnamon sugar in each pancake. Cook for a further 30 seconds, then flip and cook until the pancakes are done, another minute or so.
Place the pancakes on a baking sheet in a 200 degree F oven to keep warm. 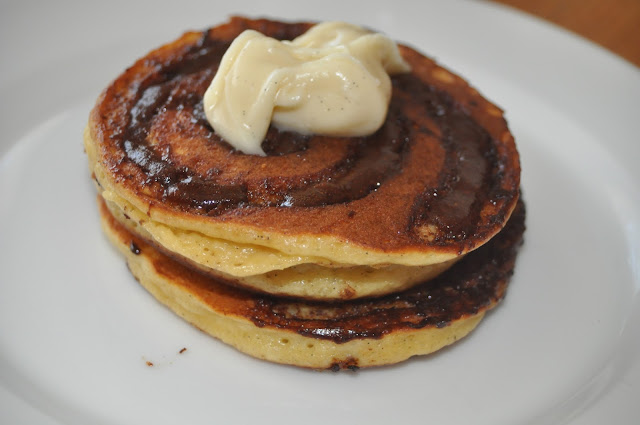 
Beat together the butter, cream cheese, sugar and vanilla bean paste. Add the cream as needed until you reach your desired glaze thinness, then drizzle over your pancakes and eat them up!