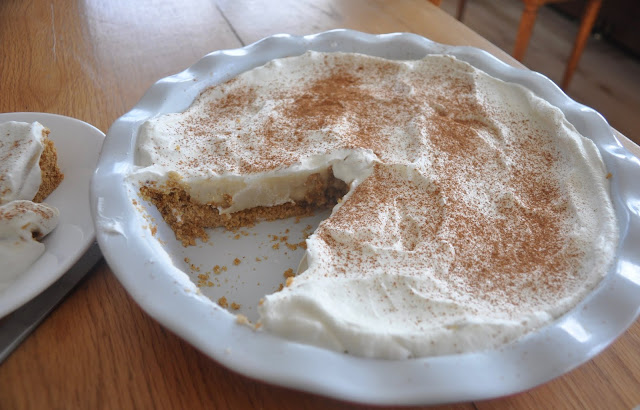 I have been suffering from a cold at the worst possible time; right smack dab in the run of a show where I have to sing an F6! I have been resting and hydrating and drinking so many concoctions that singers swear by (recipes I will not share on this blog because they must be choked down rather than savored). The one thing I have been enjoying, however, if drinking copious amounts of tea, which inspired this pie.

I wanted something creamy and cool to soothe my sore throat. Combine the two and we have a decadent Chai Latte Cream Pie with a buttery graham cracker crust. The cookie crust is simply because I felt too tired to make a real pie crust; I think I hit upon a winning combination quite by accident thanks to my laziness. This is a wonderfully spiced, incredibly delicious and throat-soothingly creamy pie.

You don’t have to be sick to make it; in fact, I recommend making it to stave off the cold. There- it’s practically health food and thus you must make one for yourself this weekend. Salut! 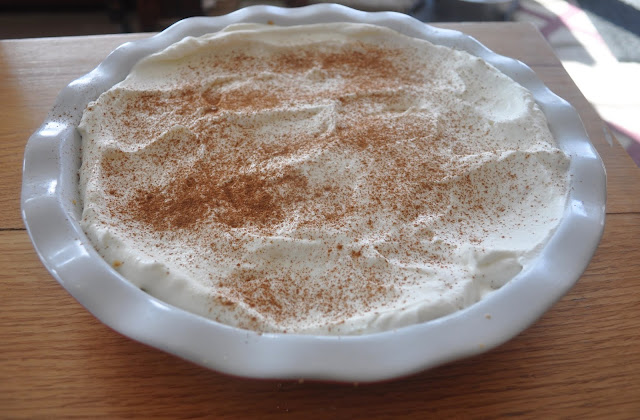 Method:
Tom make the crust:
Combine the sugar, graham cracker, cinnamon and melted butter until it resembles wet sand.. Press into a pie plate and bake in a preheated 350 degree F oven for 10 minutes; cool completely on a wire rack.

To make the topping:
Combine the sugar, whipping cream, and vanilla; beat with an electric mixture until you have firm peaks. Set aside.

To make the custard:
Combine the milk, cardamom, cloves, cinnamon, ginger and nutmeg; heat until the milk simmers. Remove from heat and add the teabag; allow to steep for 15 minutes.

Meanwhile, combine the sugar, cornstarch, salt and eggs in a a large bowl, beating until the eggs are pale and thick. Strain the milk and pour slowly into the egg mixture. Return to medium low heat and mix constantly, until the mixture thickens. Stir in the butter and vanilla.

Cool the filling for ten minutes then place into the pie crust. Chill in the fridge until set (about 4 hours) then top the pie with the whipped cream. Sprinkle over cinnamon. Enjoy! 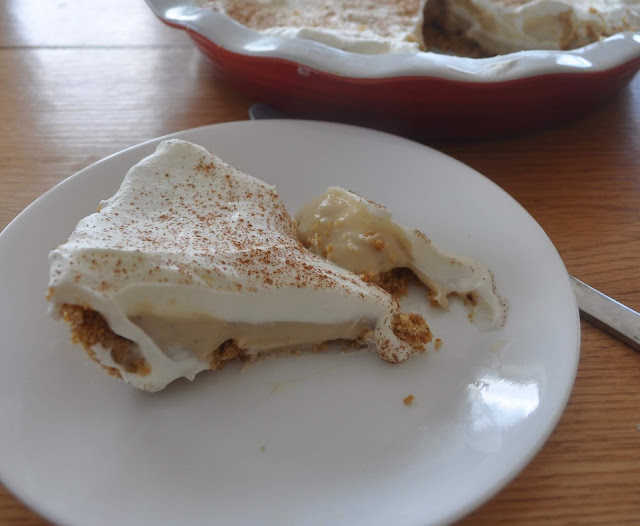