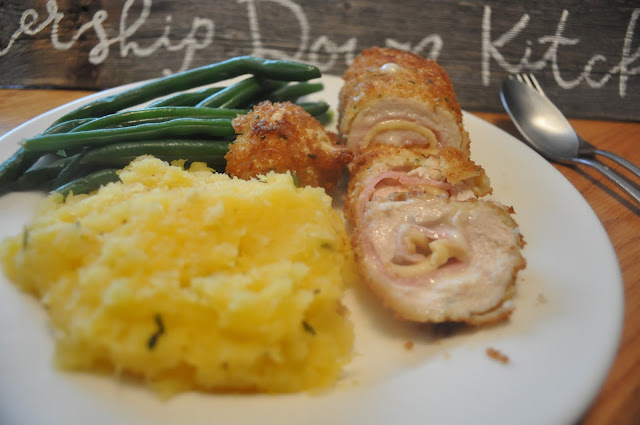 The first time I ever had chicken cordon bleu I was 17 years old. I was meeting my then-boyfriend’s, now-husband’s paternal grandparents for the first time. They were called Meme and Pepe. I was so nervous to meet them, but thy were such hilarious and warm people that they set me right at ease that first night. I remember Meme served chicken cordon bleu; I thought it was the most delicious dish ever.

Later that summer, Meme and Pepe hosted a family get together. I distinctly remember this party because it was the moment I knew that Meme and I were kindred spirits. Meme had made pistachio pudding, and was playfully hassling my husband (then-boyfriend) to try a bite of it. Now, pistachio pudding isn’t for everyone and it has a very distinctive and possibly of-putting green color; as such, my husband was vehemently declining. She ended up dumping a large spoonful on his shoulder, and lamented, “I meant to plop it on his head.”

Sadly, Meme passed shortly thereafter. We’d visit Pepe for dinners and he’d regale us with stories about her. After Pepe passed, the house eventually became ours; my kitchen is Meme’s kitchen, our living room is Pepe’s den. Every now and again, I like to make chicken cordon bleu, and whenever I do, I think of the pair of them, and how this house is full of their memories and now mine as well. 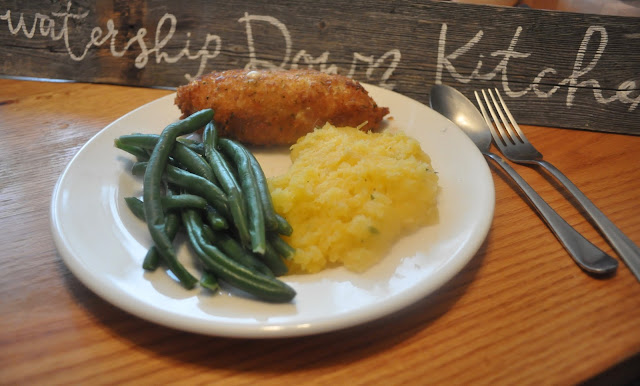 Method:
Sprinkle the flattened chicken breasts with salt, pepper, garlic and onion powders. Lay 2 slices of smoked gouda on one side of each chicken breast, then 3 slices of ham, then 2 slices of provolone cheese. Roll chicken breast up, then wrap it tightly in plastic wrap, like a tootsie roll, and chill in the fridge for a half and hour.

Place about 3 inches of oil into a dutch oven or chicken fryer and heat to 325 degrees F. Meanwhile, prepare 3 dishes of the flour, beaten eggs and breadcrumbs. Dredge each breast in flour, then eggs, the breadcrumbs.
Fry the chicken in the oil for 5 minutes each side, until golden brown. If needed, finish cooking the chicken in a 325 degree F oven until the internal temperature reaches 165 degrees F. Let the chicken rest for 5 minutes before slicing. Serve with your favorite green vegetable and starch, and dig in! 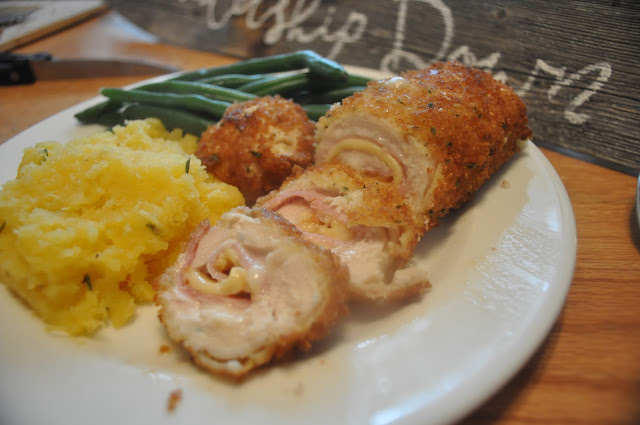