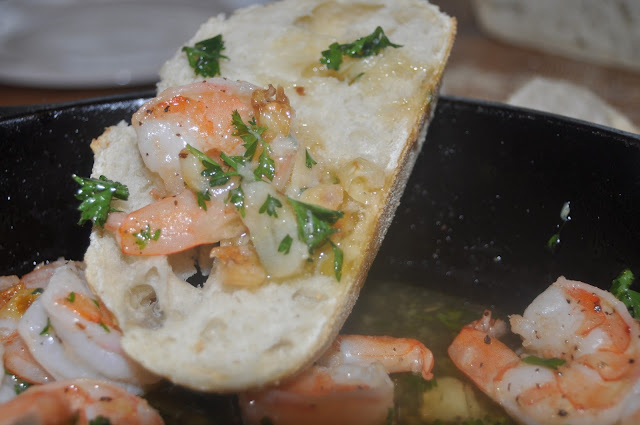 Gambos al ajillo is a popular tapas dish in Spain, primarily found in the south and center of the country. The dish primarily consists of garlic, shrimp and olive oil, but there are many variations to be found.

I like to eat this with garlic-rubbed crostini alongside to soak up the  incredible sauce, and often serve it alongside my tortilla de patatas, especially if I feel like recreating a tapas bar. Add some sangria to the mix, and the party is on! 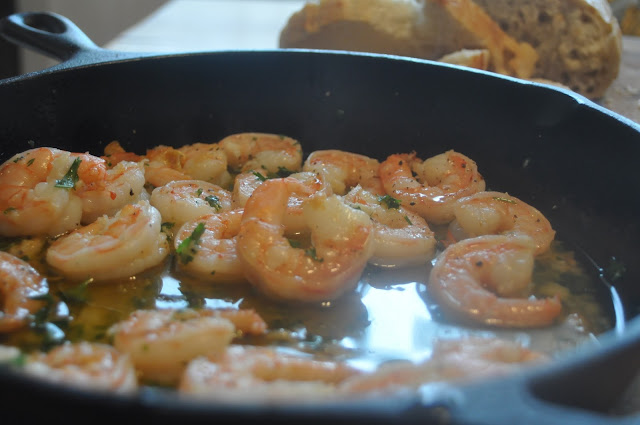 Method:
Shell and devein your shrimp, reserving the shells.

Finely mince four cloves of garlic; this releases the garlic’s spiciness. This garlic will retain it’s raw spiciness as the shrimp are only cooked very briefly and these cloves are being used in the marinade. Add this minced garlic to the shrimp, along with the sugar,and salt. Toss to combine thoroughly and set aside at room temperature.

Smash four cloves of garlic and finely slice the remaining four. Set the sliced garlic aside. Place the shrimp shells, red pepper flakes and smashed garlic into a large skillet alongside the olive oil. Set the skillet over medium low heat and cook, stirring occasionally, until the garlic and shrimp shells infuse the oil with their aroma and sweet flavor, about 10 minutes.

Pour the oil through a strainer into a small heat-proof bowl, tossing and pressing to extract as much oil as possible Discard the solids.

Return the oil to the skillet and heat it over medium high heat. Add the sliced garlic, and cook for about a minute, until just beginning to brown. Here we extract the lovely nutty flavor from garlic. Add the shrimp and cook 1 minute per side. Remove the entire contents of the skillet to a serving dish, and add the lemon juice and parsley, tossing to combine.

Season with salt and serve immediately with crostini. Enjoy! 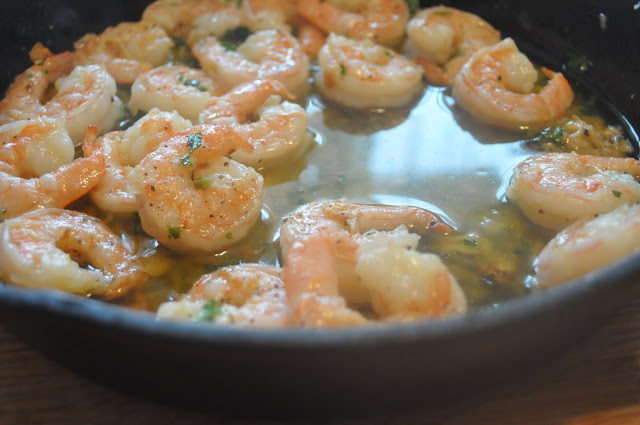