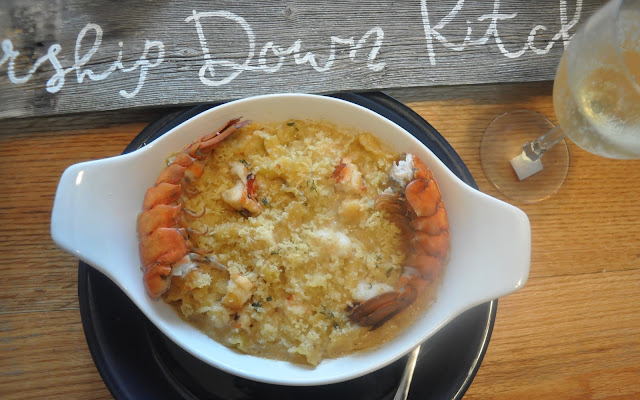 When I was a waitress in Boston, I worked at a restaurant where the famed dish was its lobster mac and cheese. They had a classic version and a buffalo version, and I feel like I served more of those than any other dish on the menu. I was always salivating when I brought the pasta to the table; something about the aroma of lobster and cheesy pasta is so tempting to me.

Being from Maine, a lot of people expect that I eat a lot of lobster. I don’t, and not because it’s expensive. I am often invited to lobster boils, but I rarely crack open and eat a whole boiled lobster. I like to eat the claws dipped generously in drag butter and hit with a squirt of lemon, but that’s about it. I like lobster by itself like that ok; that doesn’t justify the expensive of me wasting a whole boiled lobster.

However, a lobster roll or lobster cake or lobster mac and cheese? Lemme at it! Something about combining lobster meat with mayo and bread, or aoli and bread crumbs, or cheese and pasta, brings out the sweet succulence of the shellfish. I like lobster drowned in butter; I love lobster surrounded with other rich ingredients.

This dish makes two very generous and rich portions of lobster mac and cheese. My husband, who worked at the restaurant with me, like to drizzle buffalo sauce on his when I make this. Me? I like to savor every bite, accompanied solely with a lovely glass of wine. Enjoy! 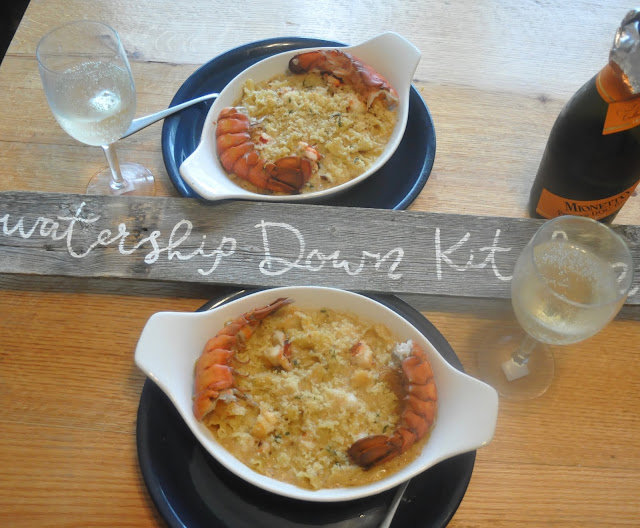 Turn the heat down to medium and melt the butter. Add in the flour and whisk it into a paste, cooking for a minute or two until the flour is lightly golden brown. Pour in the milk, a little at a time, whisking constantly to prevent lumps. Cook until the sauce begins to simmer, then lower the heat to low and add the paprika, salt, nutmeg, and Worcester sauce and cook until it thickens, about 3 to four minutes. Add the shredded cheeses and mix it in, cooking until the cheese is melted and turn off the heat.

Meanwhile, remove the meat from lobster tails, reserving the shells. Chop the meat into large chunks Add the shells to a large pot of salted water and bring the pot to a boil. Add the pasta and cook until al dente according to package instructions. Remove the tails and strain the pasta. Add the pasta to the cheese sauce and mix well. Add in some minced thyme and taste for seasoning. Add in the lobster meat and mix again.

Preheat the oven to 400 degrees oven. Butter 2 gratin dishes and split the pasta between the two equally. Meanwhile, combine the breadcrumbs, butter, and hard cheeses and mix well. Crumble the breadcrumb picture on top of the pasta.  Put the gratin dishes on a baking sheet and bake the pasta for 15 minutes, until beautifully golden brown.

Garnish with the lobster shells and chives, if desired, and devour! 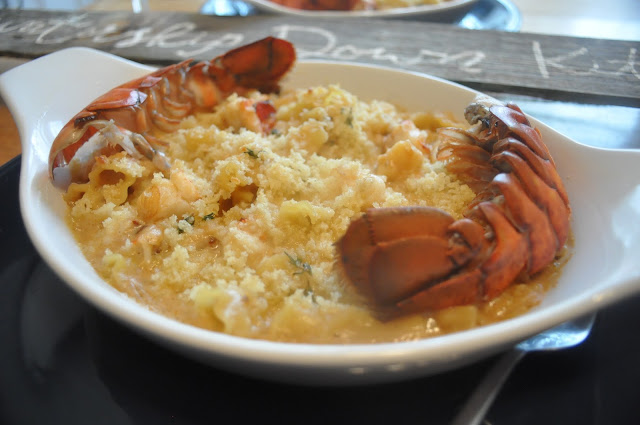